Yes!!  This is the veritech fighter we see in the Robotech TV series, where Rick Hunter is still a civilian, and he rescues Minmay!  It’s called the VF-1D.

The VF-1D has a very nice orange and tan color scheme. 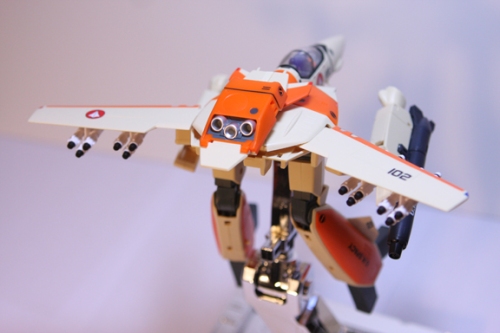 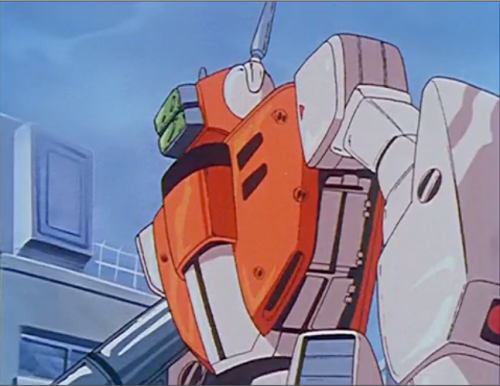 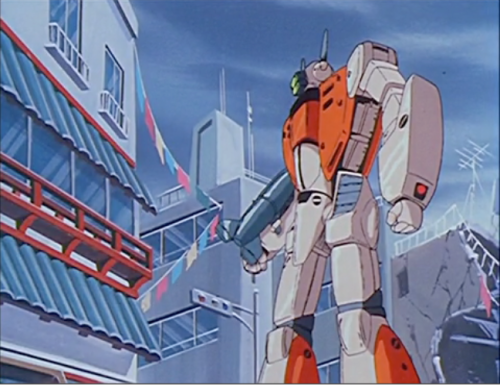 Rick looks up at the sky in awe of the battle occurring above him:

Can the Yamato strike that pose?

Of course it can!!

Now for a bit of trivia:  In Episode 1, “Booby Trap”, the ending shows the VF-1D crashing into a line of buildings, and one of them looks like this: 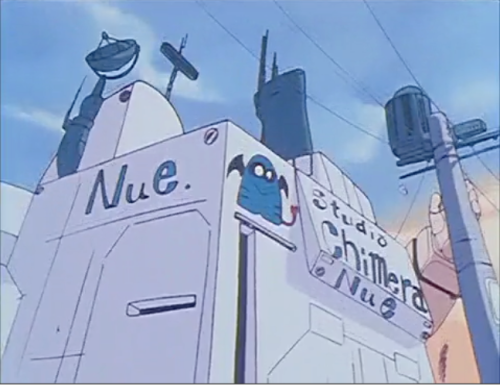 Studio Nue is the design studio that produced Macross!!

Some of you may be wondering why I haven’t written about other Macross series/movies yet.  That’s because in my opinion, Robotech and Macross (the movie was based on the Robotech TV series) that came out in 1982-1984 are untouchable classics.  The latest Macross Frontier borrows so many elements from Macross and Macross Zero, that it borders on being unoriginal, except for the advanced animation because of the use of computers.

The Wikipedia article on Macross has a very nice table that summarizes the chronology of Macross series and movies.

Just got this book from a local Japanese bookstore:

128 pages of VF-1 goodness!  If you like looking at schematics of the Valkyrie and some very nice computer-generated pictures of the fighter, this book is for you! 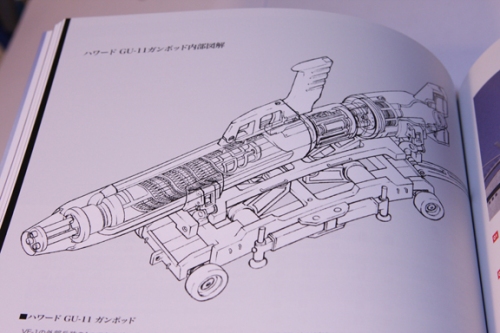 For example, in this schematic above of the VF-1’s gunpod, we see that it’s actually a Gatling gun with three barrels.

Finally, here’s a beautiful picture of the VF-1S (red) in flight: 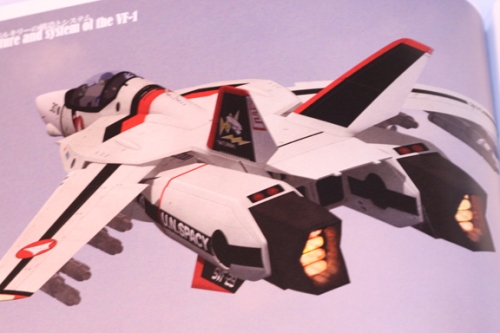 Blue VF-1S in the sky 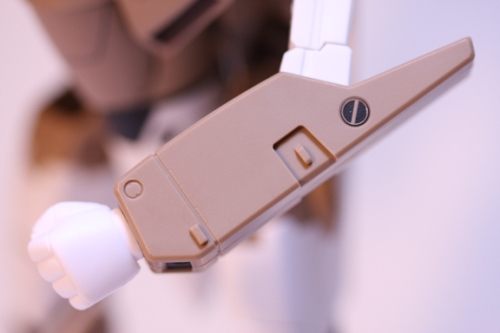 Remember the tan and white VF-1A’s in the Robotech series? 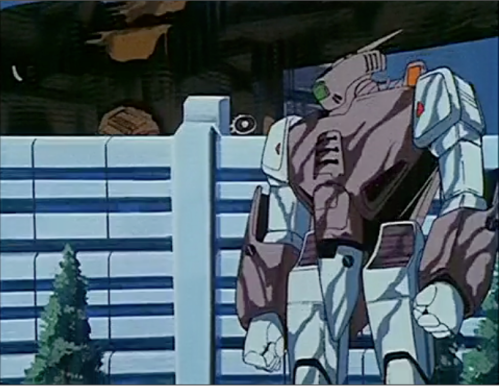 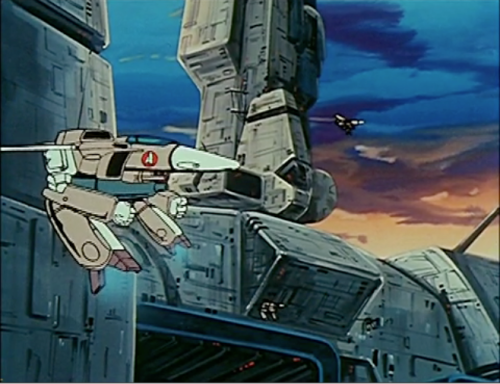 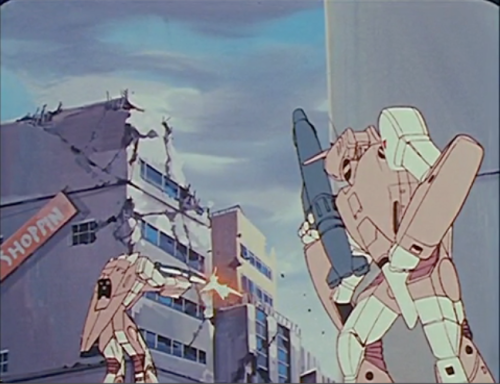 It’s a beauty.  I really like the paint scheme on this one!

Remember the scene in Robotech where Miria infiltrates the SDF-1, and Max is there to stop her?

Yamato has a replica of it! 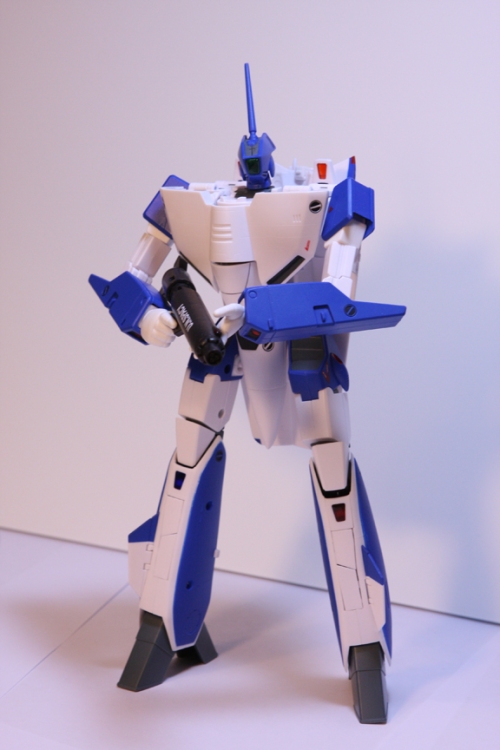 Yamato's replica of Max's VF-1A from the TV show

At first, I didn’t think Max’s VF-1A had a white breastplate….

In the TV show, Max’s last name is Sterling, but in the Macross:  Do You Remember Love? movie, his last name is Jenius, probably because he’s a flying genius?  Go Max!!

Remember the Robotech opening/closing sequence where we see a white VF-1J with red stripes?

Yamato has a 1/60 replica, the “VF-1J Hikaru Ichijo with Super Parts”! 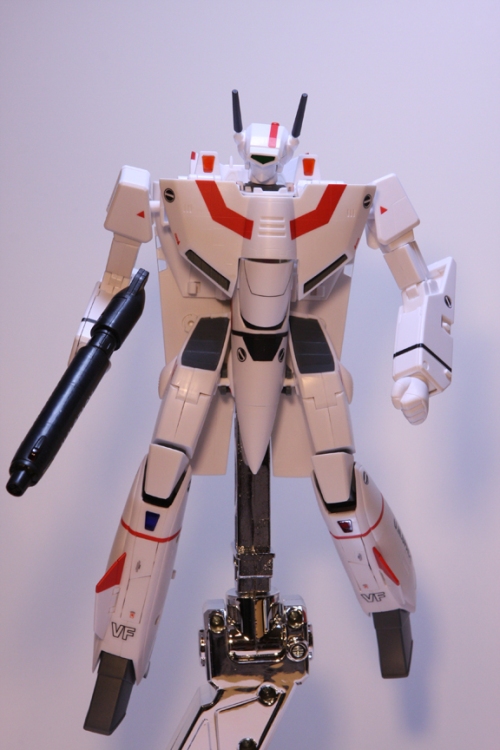 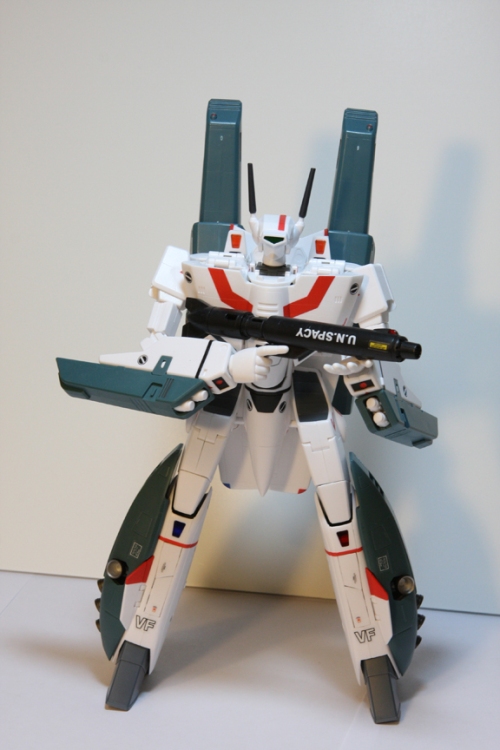 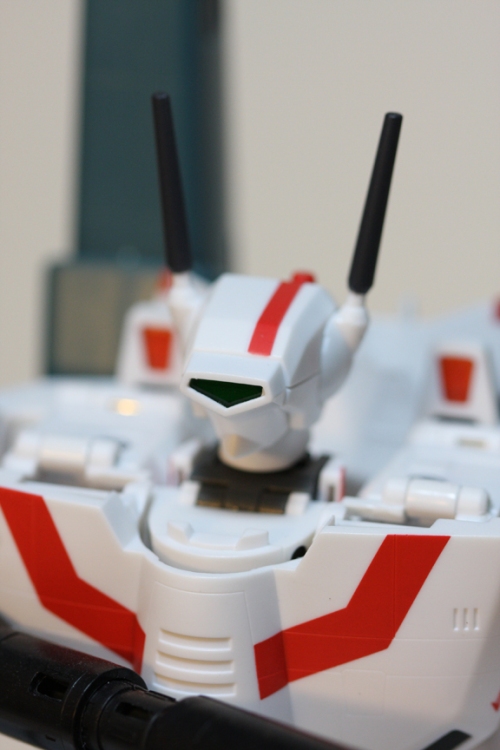 If you really like the music and songs in Macross, I highly recommend getting the movie soundtrack, “Macross The Complete”.  This soundtrack spans 3 CD’s. 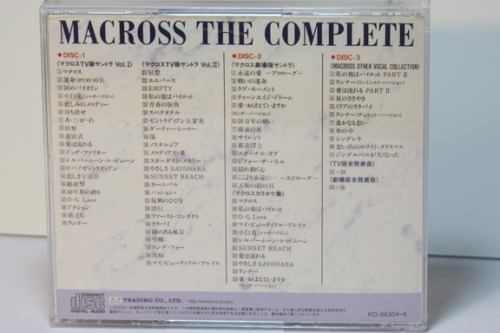 There is only one reason to get the Yamato VF-1S Hikaru Ichijo with Super and Strike Parts:  to remember the climactic scene in Macross:  Do You Remember Love?, where Hikaru destroys the leader of the Zentradi!

Elegant, ominous, presiding.  That’s what the VF-1J is!  The most memorable one is Rick Hunter’s, which is shown in one of the Robotech-is-back-from-commercial-break transitions.  The one pictured here is the same model, which has the head with the triangular window and the two laser-gun antennas, but this is the “Mass Production TV Type”, or in other words, the one that was just “support aircraft”.  Yamato released this one in June 2009.  The light tan/white color scheme certainly is eye catching! 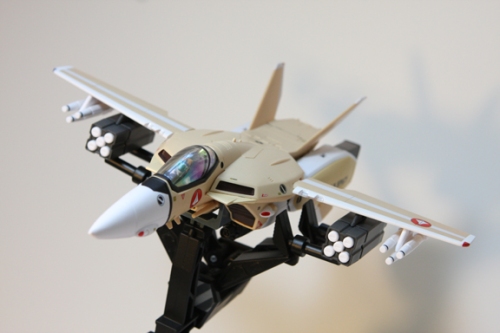 This toy comes in the box in fighter mode.  It also comes with two sets of different missiles, one set has 3 missiles per attachment, and the second set has 5 missiles in an encasing.  However, the toy does not come with the pictured stand, which is sold separately.

This toy comes with a pilot!

The next step in transformation is from a fighter to gerwalk mode.  In this mode, the pilot can use the arms, can fly slower, and can even hover.

The final step in transformation is to a battloid.  The head tilts, the knees can rotate slightly, and the knees and the feet make a loud “click” sound to lock the part into place.  You won’t lose a pose! 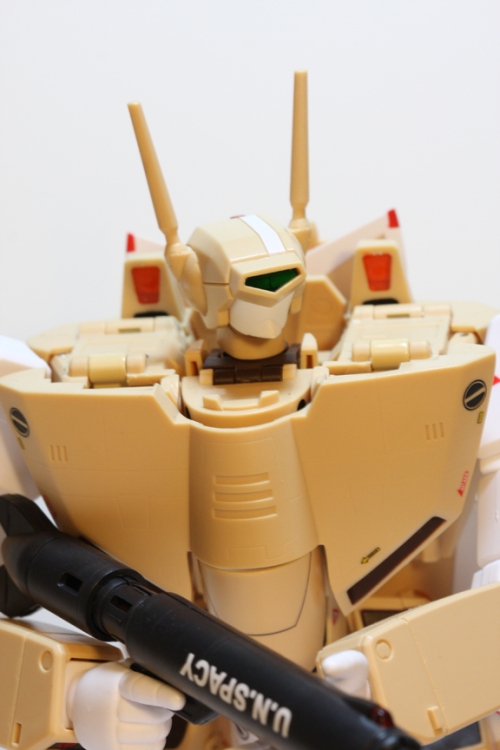 Look at the fine-looking head!  In my opinion, it looks like a football helmet.  Finally, Yamato put in some nice touches, such as the shield below the breastplate that covers up the canopy, or the two pieces of peninsular notches on the collarbone that hold the breastplate down.

We catch a brief glimpse of the VF-1J in Episode 2, “Countdown”: